I’m a big fan of the reboot Star Trek movies, and one of my favorite scenes is the space jump scene from the 2009 movie (Wow! I just realized that this “new” movie is nine years old!). Kirk and Sulu have an edge-of-your-seat fight scene as they face off against the Romulans who are trying to destroy the planet Vulcan. 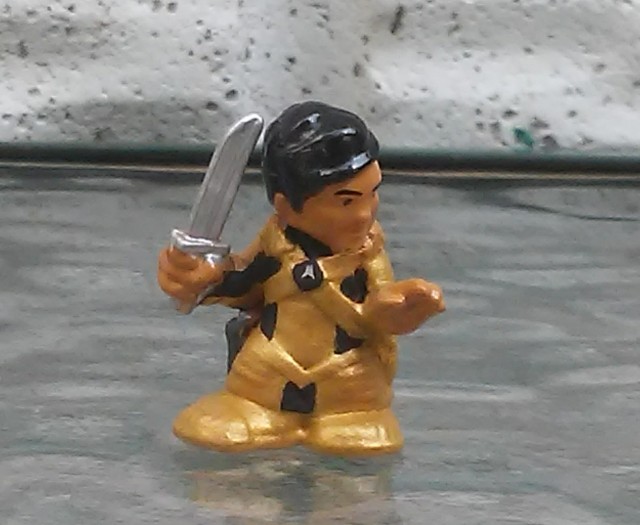 I’ve been trying to figure out how to make a Space Jump Sulu for awhile, and finally settled on the figure of Sulu in the Into Darkness space suit. 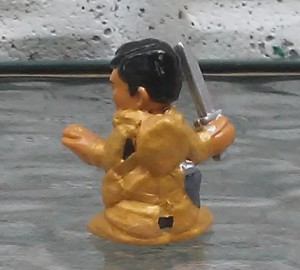 The figure is a straight up repaint with electric tape and clay for the details.