While out of town recently, I stopped into Toys R Us and found a new Battle Rollers playset from the upcoming Solo movie. The back of the box showed other upcoming Battle Rollers including many figures that weren’t previewed at this year’s New York Toy Fair.  I also noticed another figure in the photo of the set itself (see bottom of the photo below).  It looks like it may be a new trooper (possibly a Range Trooper?). 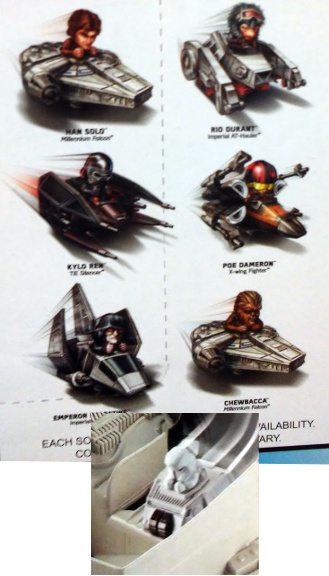 I’m looking forward to this new set, and hope the the K-2SO previewed at Toy Fair is coming soon as well.